skip to main | skip to sidebar

Doubtlessly I've lost your interest in this blog... I mean.. I haven't blogged in months and here I am at it again... kinda. This is me saying I'll Blog tomorrow in earnest. I need to post a bunch of pictures and tell some tails.. I looked back on 2008 and thought I need to do this again... it clears my soul.

Connor has applied for a new job.

Well, it has come to this. That one of the members of my favorite band growing up is now died. I never met him, but morn the loss of a true (albeit nutty) artist.
Posted by Mike G (moobier) at 4:51 PM No comments: 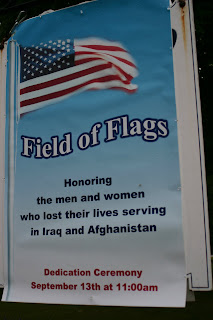 At the Congregational Church in Clinton this weekend, they did a tribute to those lost in the war in Afghanistan and Iraq. It was 4,741 as of September 10th 2008, according to the sign on the memorial. I found the sight of all the flags quite impressive and wondered what it would look like if it had been done for those who lost family during WWII or even the battle for Normandy. I'm not belittling these losses... far be it... I am amazed by what the representation of these lives looks like when displayed publicly, and realize that I would find it difficult to actually imagine the staggering number of those that have gone before me to war. 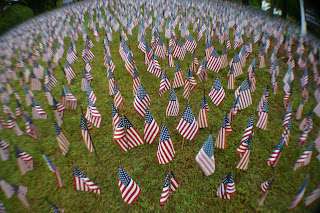 I came by in the morning and took a few photos to share with you. It was an impressive sight and I believe an endeavor that was well worth the effort by those that took part in it. It serves as a reminder to those of us who do not live with this daily threat on our family members, going about our busy lives that somewhere in Iraq and Afghanistan, there are people who are struggling every day to get back to a normal life.
Posted by Mike G (moobier) at 4:24 PM 2 comments: